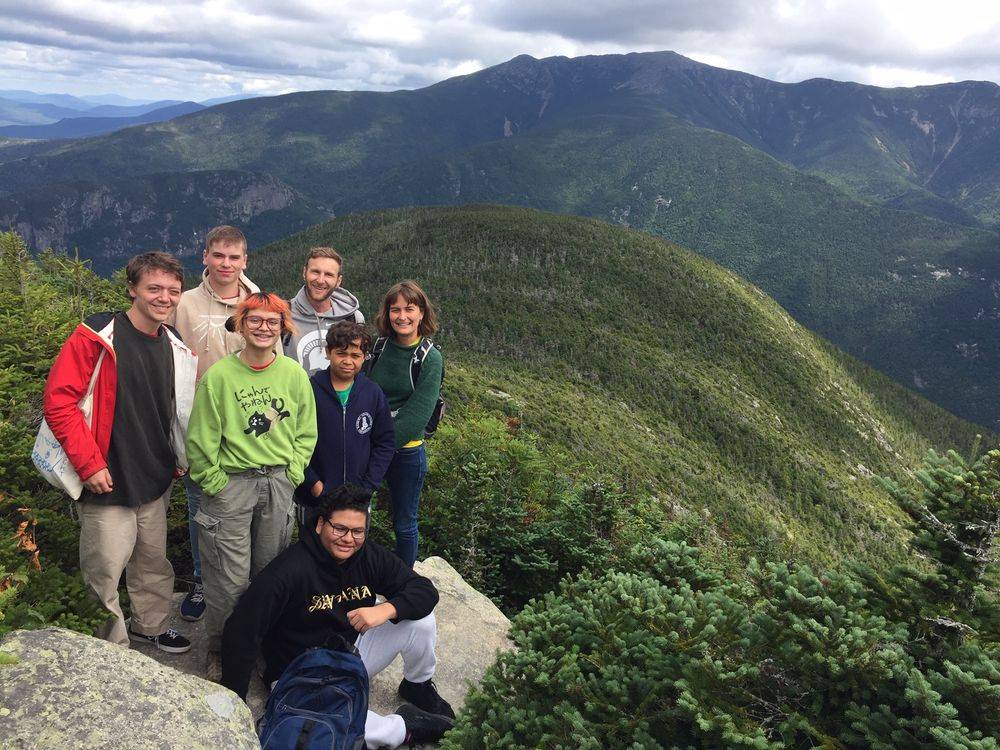 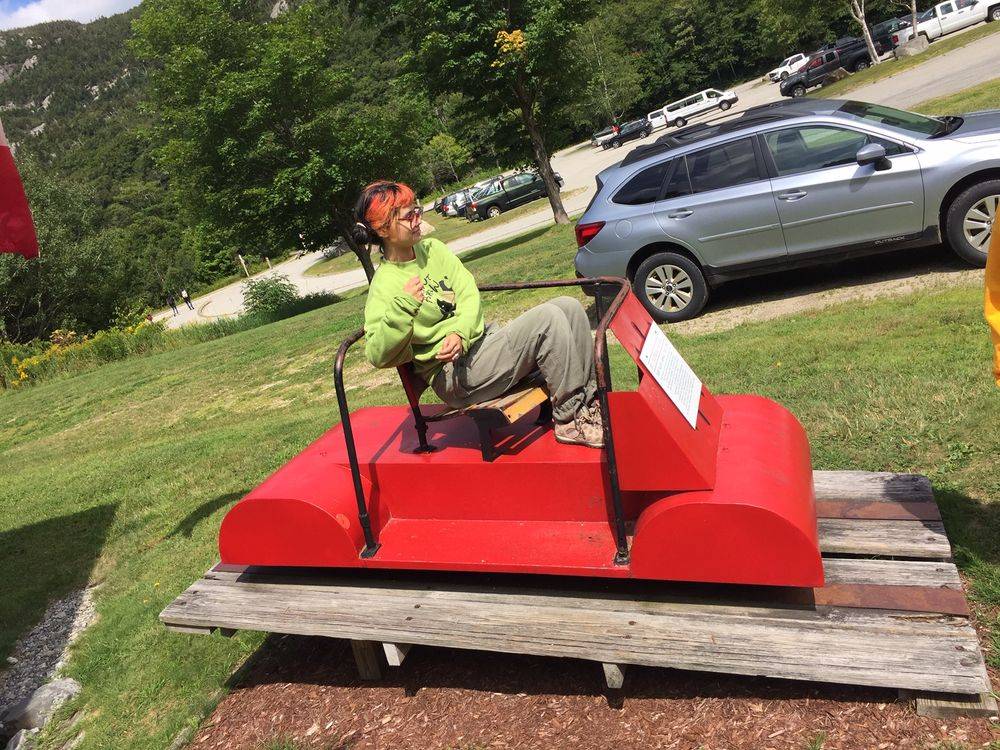 From August 22 to 23, 2019, Boston ICO led 5 Zumix participants to camp, swim, and hike in northern New Hampshire. Ben met Zumix staff Brittany and the participants in East Boston at 10am Thursday. After an opening circle of introductions and setting expectations for the trip we piled into cars and made our way north. Leave No Trace cards were given to each car for rich discussion on the car ride up…

About 2 hours and forty minutes later (through some repaving traffic) we arrived at Copper Cannon Camp. CCC has been home to a free summer camp for underserved kids since 1963, and they were generous enough to host us again for this our third overnight trip. After taking the camp tour by Camp Director Peter (which included the new swimming pond!) the crew took a hike down to the Gale River to scope out a possible camping spot. Camp dog, Max, led the way on the hike, but the tent platforms were a bit far from camp and were a bit moist from the previous day’s rain. We hiked back up the hill, but not before seeing some slugs, shelf mushrooms, and encountering a few bugs.

After a refreshing swim and canoe in the pond we set up our tents on the meadow in hopes of stargazing before bed. A camp dinner of soft tacos was delicious as were s’mores around the huge campfire that was made to celebrate the camp’s final day of the season. We sat around the campfire long after the young campers went to sleep and told stories, riddles, rhymes, and Eastie folk lore. After we properly put the fire out, we made our way to the meadow where the stars were awesome with milky way views and shooting stars aplenty.

In the AM, we woke to find dew on our tents and covering the meadow. After breakfast of French toast and fruit, the Zumix participants led the camp’s regular participants in a group music program where self-expression was encouraged. After breaking down camp and departing CCC – saying good bye to camp dog Roscoe and of course Max – we made our way to Cannon Mountain for a ride up the aerial tramway and scenic hike at the summit. We ate pbj at the summit lodge and visited the NH Ski Museum at the base before hosting our closing circle. We all returned to Eastie safe and sound with a solid mountain experience under our belts. Thank you, CCC!