Boston ICO and St. Peter’s met at the Nahanton Park in Newton, MA for a lovely day of kayaking on the Charles River. Trip Leader Ben P. met the group of 18 students and two teachers at St. Peter’s in Dorchester and carpooled to the park at 9am. ICO Volunteers Adrienne, Woody, and Rachael met everyone at the park to kick off the day.

The excitement was apparent as the kayak representatives fitted the students with life jackets and paddles. We then reviewed water safety and kayaking tips before calling up an opening circle. After completing introductions and finding out that most all of the students love pizza, we headed down to the dock to hit the river.

The number of soloist kayakers and double boats was about even between the group of students. Some of the ICO volunteers had students in their boats for an easy ride. We even had a kayak caravan of a teacher, ICO volunteer and a student tied together! After doing many circles and hitting the banks a few times, we decided everyone had the knack and ventured up the river to explore. The waters were calm and the wind was breezy which made for a perfect day. We were on the river until noon when it was time to break for lunch.

Everyone was hot and wanted to swim after eating, so we headed down the road to Millennium Park to splash in the river. We also discovered a grassy knoll on top of steep hill that was perfect for kicking around a soccer ball. After a few goals were scored on each side, it was time to descend the hill for the closing circle and some final remarks on another great trip with St. Peter’s. Until we meet again! 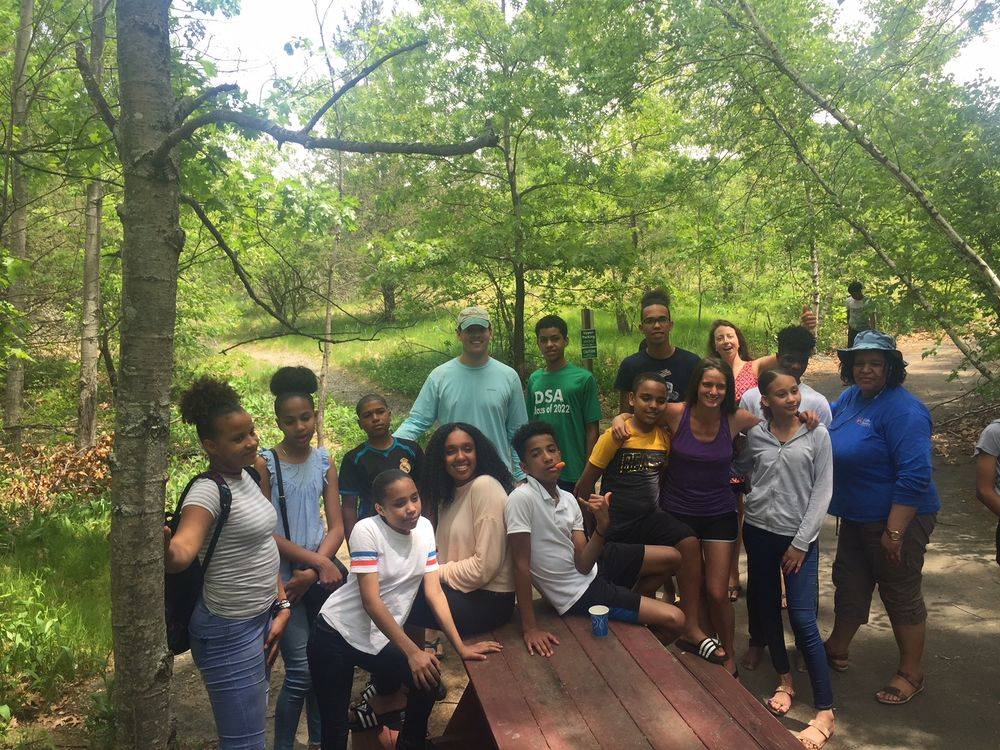